Shopping Basket
Your Basket is Empty
Quantity:
Subtotal
Taxes
Delivery
Total
There was an error with PayPalClick here to try again

Thank you for your business!You should receive an order confirmation from Paypal shortly.Exit Shopping Basket

Where to Dine Outside in Incline Village Lake tahoe

Ahh, summer in the Sierra and time to dine outside!

At La Fondue, we offer outdoor (as well as indoor) seating throughout the summer months.

As it's a popular spot, we always encourage you to make a reservation for the patio or dining room in advance.

Once seated you can treat yourself to some of the region's finest delicacies wrapped within our own alpine setting.

Or splurge all night long with a traditional cheese fondue or hot oil offerings complete with a wide variety of side protein and shrimp to cook in our festive interactive table-top fondue pots!

Be sure to save room for dessert or perhaps just come for a cocktail and dessert for something fun to do after a long day on the beach or lake! Let us tempt you with our famous Chocolate Fondue, Ice Cream Fondue (really!) or a very traditional Apple Strudel.

Where to Dine in Tahoe on New Years Eve? 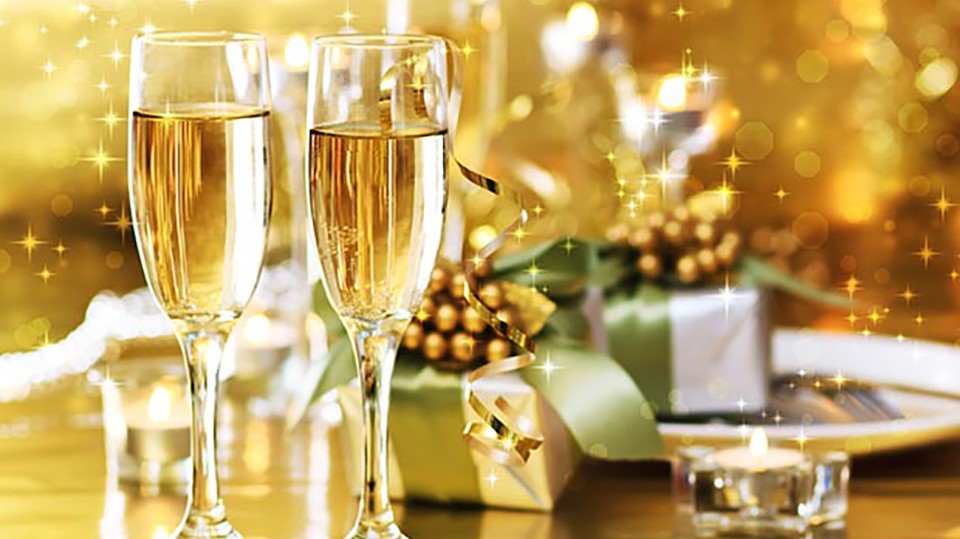 Looking for the perfect place to celebrate all that is good in life this New Year's Eve?

Come cozy-up with us in our alpine themed restaurant and enjoy some of the most scrumptious selections within our special menu selections.

From our classic Fondue to our healthy broth options, there is something for everyone all night long.

As our quaint dining room holds just so many guests, we encourage you to make your reservation now.

And, don't forget about us through 2020 and beyond.

We're here to share our homemade recipes with you all year-round.

From our family to yours, Happy New Year ... and don't forget to make that reservation!

Fall, Fondue, Wine, and You!

Ahh, the fall season.  It reminds us of the crisp fall days in Switzerland where fondue dinners orginated and were the norm during the change of the seasons, and year-round, too.

This season, come on up to Tahoe to enjoy what the locals' call the "Quiet Season" when the golf courses still in full swing, the trees turn their magnificent colors, hiking is "the thing to do every day," and the crisp fall air just begs for a night enjoying fondue with your family and you!

For our fall blog, we thought we'd turn back time and give you a little history about the dish that has made La Fondue so popular for so many years.  To do so, we're now sharing the official WikiPedia history of this famous dish!

The earliest known recipe for the modern form of cheese fondue comes from a 1699 book published in Zurich, under the name "Käss mit Wein zu kochen", "to cook cheese with wine". It calls for grated or cut-up cheese to be melted with wine, and for bread to be dipped in it.

However, the name "cheese fondue", until the late nineteenth century, referred to a dish composed of eggs and cheese, as in la Chapelle's 1735 Fonduë de Fromage, aux Truffes Fraiches; it was something between scrambled eggs with cheese and a cheese soufflé. Brillat-Savarin wrote in 1834 that it is "nothing other than scrambled eggs with cheese".[11] Variations included cream ("à la genevoise") and truffles ("à la piémontaise") in addition to eggs, as well as what is now called "raclette" ("fondue valaisanne").

The first known recipe for the modern cheese fondue under that name, with cheese and wine but no eggs, was published in 1875, and was already presented as a Swiss national dish.Despite its modern associations with rustic mountain life, it was a town-dweller's dish from the lowlands of western, French-speaking, Switzerland: rich cheese like Gruyère was a valuable export item which peasants could not afford to eat.

The introduction of cornstarch ("Maïzena") to Switzerland in 1905 made it easier to make a smooth and stable emulsion of the wine and cheese, and probably contributed to the success of fondue.

Your Valentine Will Love Our Offer ...

At LaFondue, we enjoy every opportunity

to do something special for you!

Cozy on up this Valentine's Day and enjoy a

Martini or Kir Royal to complement your 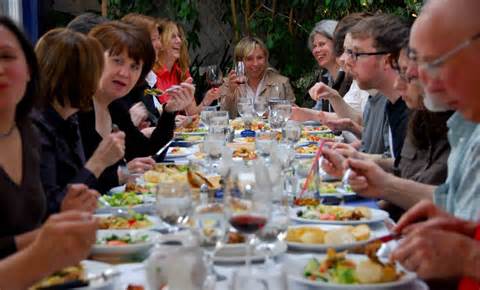 With fall in the air at Lake Tahoe, that means one thing: Winter, and the holiday season, are right around the corner. At our fondue restaurant on Lake Tahoe's North Shore in Incline Village, we look forward to this special time of the year when we help locals and visitors alike celebrate the holidays.

With advanced notice, La Fondue welcomes the opportunity to close our doors to the public and open them for you for your exclusive holiday celebration. Be it a large family gathering or company celebration, our family at La Fondue will work with you to plan a festive and unforgettable event that you will remember for years to come.

The sooner your planning will be over. Here's to a beautiful fall season ahead and festive holidays to follow.

Here's to a wonderful fall season, and your holiday celebration to come! 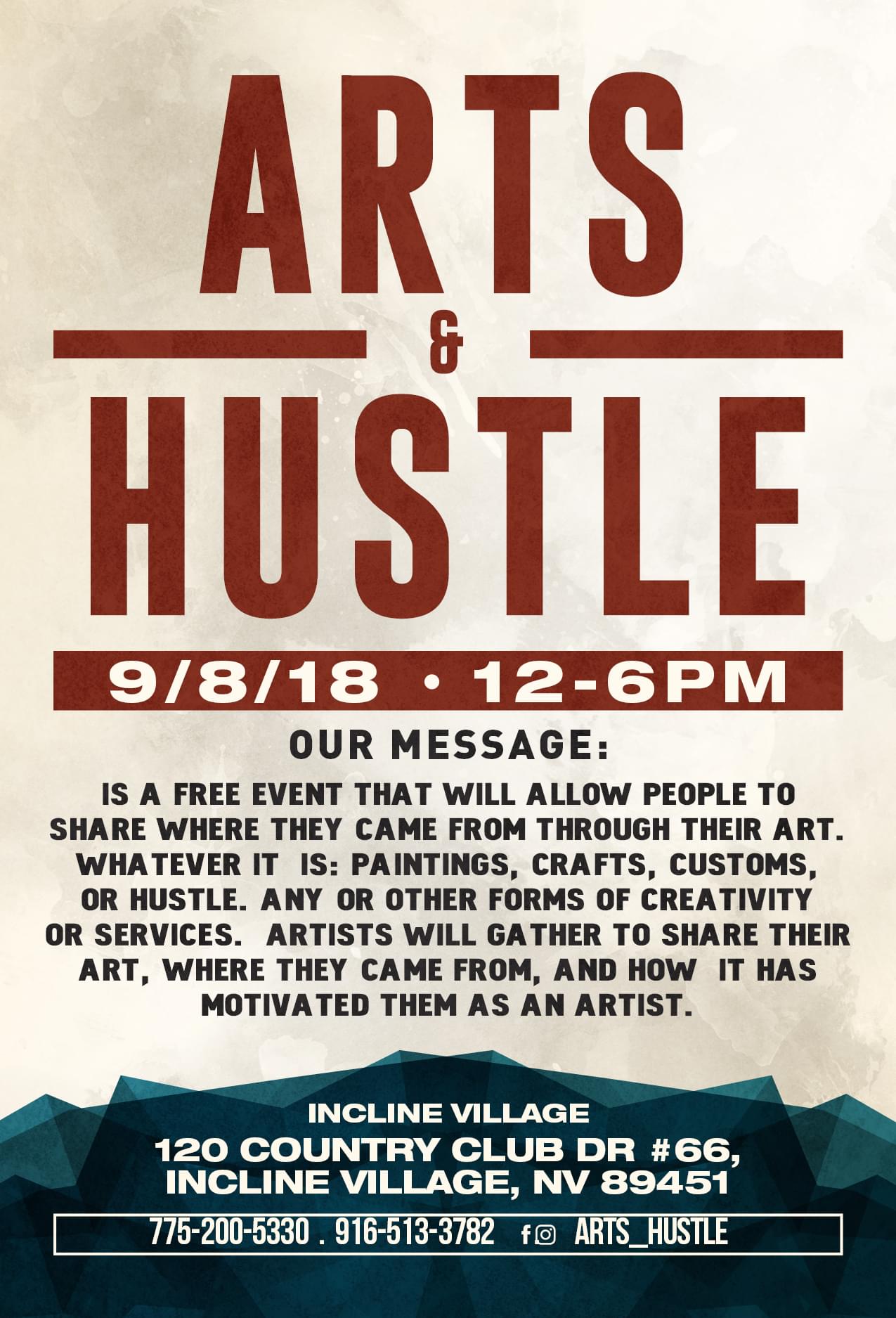 Spend an afternoon with your friends, family, and some of the finest artists of the region at La Fondue on September 9th.  Learn all about our local artistry straight from the artists who will be on site to show and sell their talent to locals and visitors alike.

For more information on the event, and/or how you may be able to showcase your own work, visit the organizers at RootsofArt.work or stop by our fondue restaurant in Incline Village from 5:00 - closing every day.

BROTH FONDUE - SO GOOD FOR YOU! 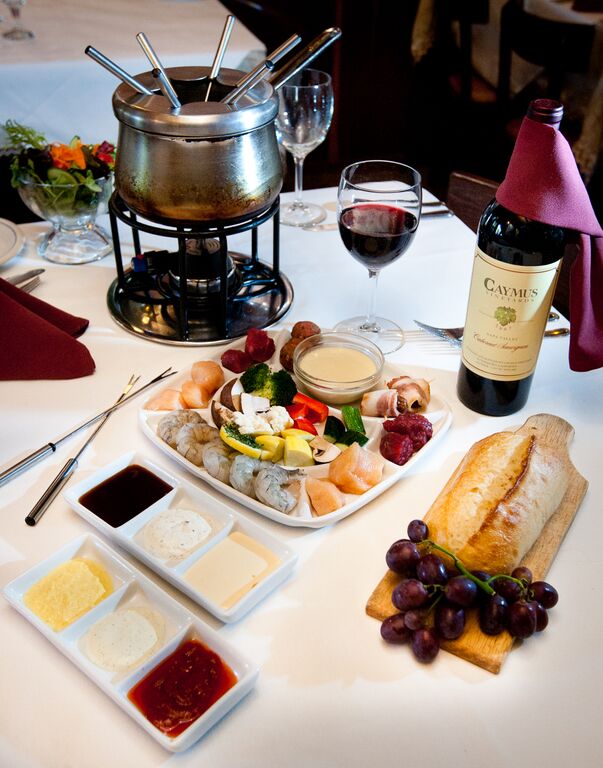 With summer around the corner, our fans are seeking new opportunities to enjoy our quaint setting at our fondue restaurant in Tahoe while they watch their weight in anticipation for the beach days ahead!

In addition to our traditional cheese and chocolate fondue, we're serve a variety of our fondue dinner options with low sodium chicken or vegetable broth as the cooking ingredient.  Along with this healthier option, we then serve a delicious selection of 'dipping' delights that can include shrimp, chicken, beef tenderloin, and vegetables.

Come check it out; we think you'll enjoy this lighter faire this summer, and all year-round! 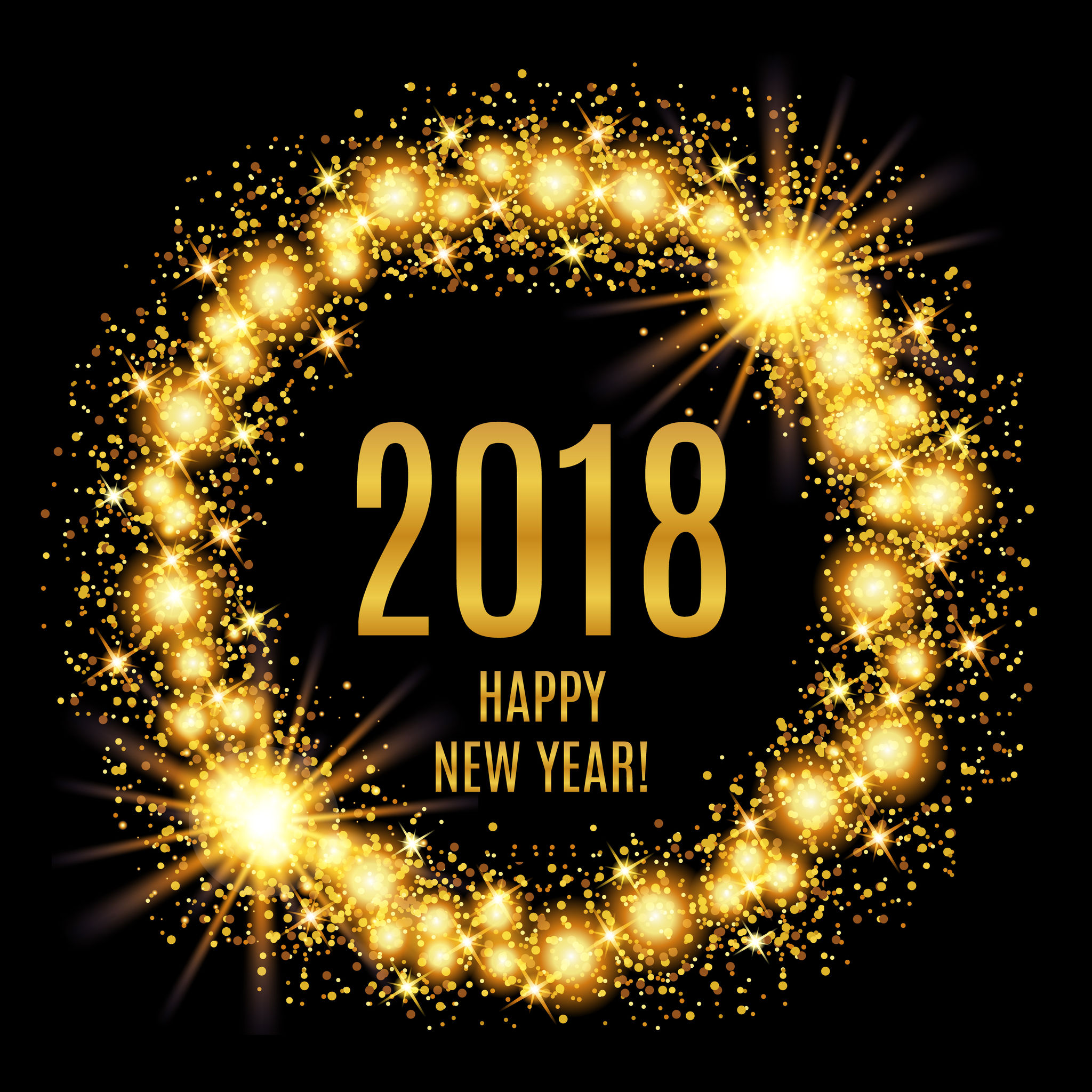 It's the season to celebrate and what a great place to do so than at La Fondue!   We're opening early at 3:30 p.m. so come enjoy the best fondue at Lake Tahoe and then celebrate to your heart's content after a delicious dinner with us.

There are plenty of Alpine options from which to choose.  Ever try Lamb Fondue?  How about Fondue Bourguignon?  Or go for the classic that includes the Grand Fondue Experience complete with a champagne toast!

Don't forget to save room for dessert!  Locals just love our selection that includes yet is not limited to Chocolate Fondue (with your choice of Liquor if you want to splerge),  Ice Cream Fondue and my favorite ... Apple Strudel!

As it's a busy night all over the Lake Tahoe region, we encourage you to book your reservation now ... and we'll be ready to celebrate with you!

Have a Fabulous Fondue Holiday 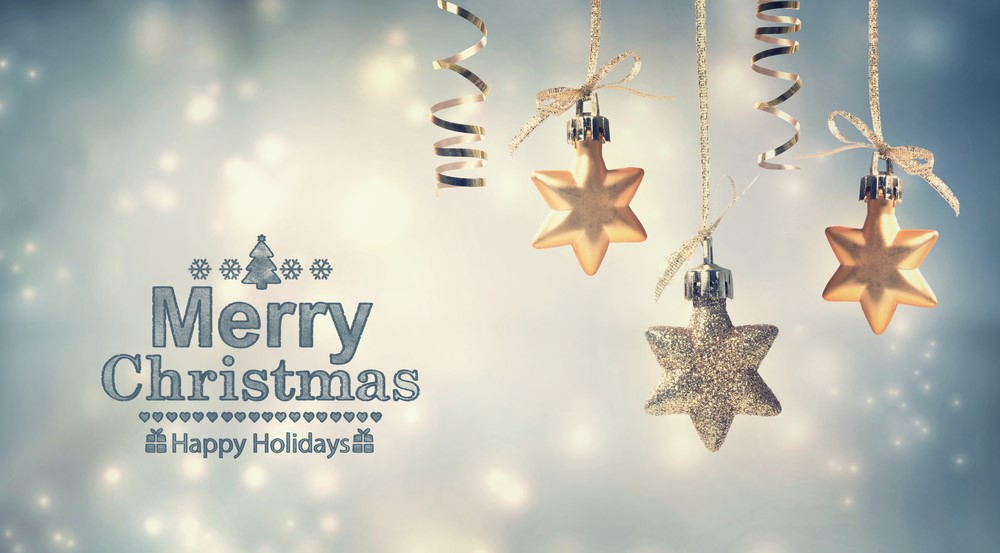 From our family to yours, we wish you a white and wonderful Christmas, Happy Hanukkah, and safe and scrumptious New Year.

Come see us soon for fondue at Lake Tahoe and join in the celebration of our One Year Anniversary this year!

Dipping Into the History of Fondue

If you are like most of those who tuck cheese away in the fridge for a bit too long,

you’ll be able to appreciate this little bit of a blog about the history of fondue.

Tales tell us that the love of cheese dipping started back in the late 1600’s when early peasants created the recipe to use up old hard cheese and left over bread. Others beg to differ that it was more of a cultural transition that led to new ways to enjoy the fine cheeses found throughout Europe. Whether the art of fondue actually started in Switzerland or France is still up for a good bet, we don’t really mind either way.

Moreover, what most people think of as fondue today (melted cheese with bread cubes, cooked beef in oil, or melted chocolate) are not the fondues of the past. Melted cheese, typically Gruyere, was added to eggs, which were then scrambled. This suggests that the original fondue was actually a form of cheese soufflé.

Since the 1950s, the name "fondue" has been generalized to other dishes in which a food is dipped into a communal pot of liquid kept hot in a fondue pot: chocolate fondue, in which pieces of fruit are dipped into a melted chocolate mixture, and fondue bourguignon, in which pieces of meat are cooked in hot oil; all of which we offer for our guests year-round at our fondue restaurant at Lake Tahoe.

Taking the trend on our own, our chefs at La Fondue on Lake Tahoe’s north shore now offer fondue with broth options– which have been a big hit!

With the cool temperatures on their way in the High Sierra, we’re seeing more locals and visitors alike dipping into our fondue restaurant in Incline Village for a delicious change of pace to the dinner meal.

Come see our new menu items and enjoy a little bit of history with us soon!